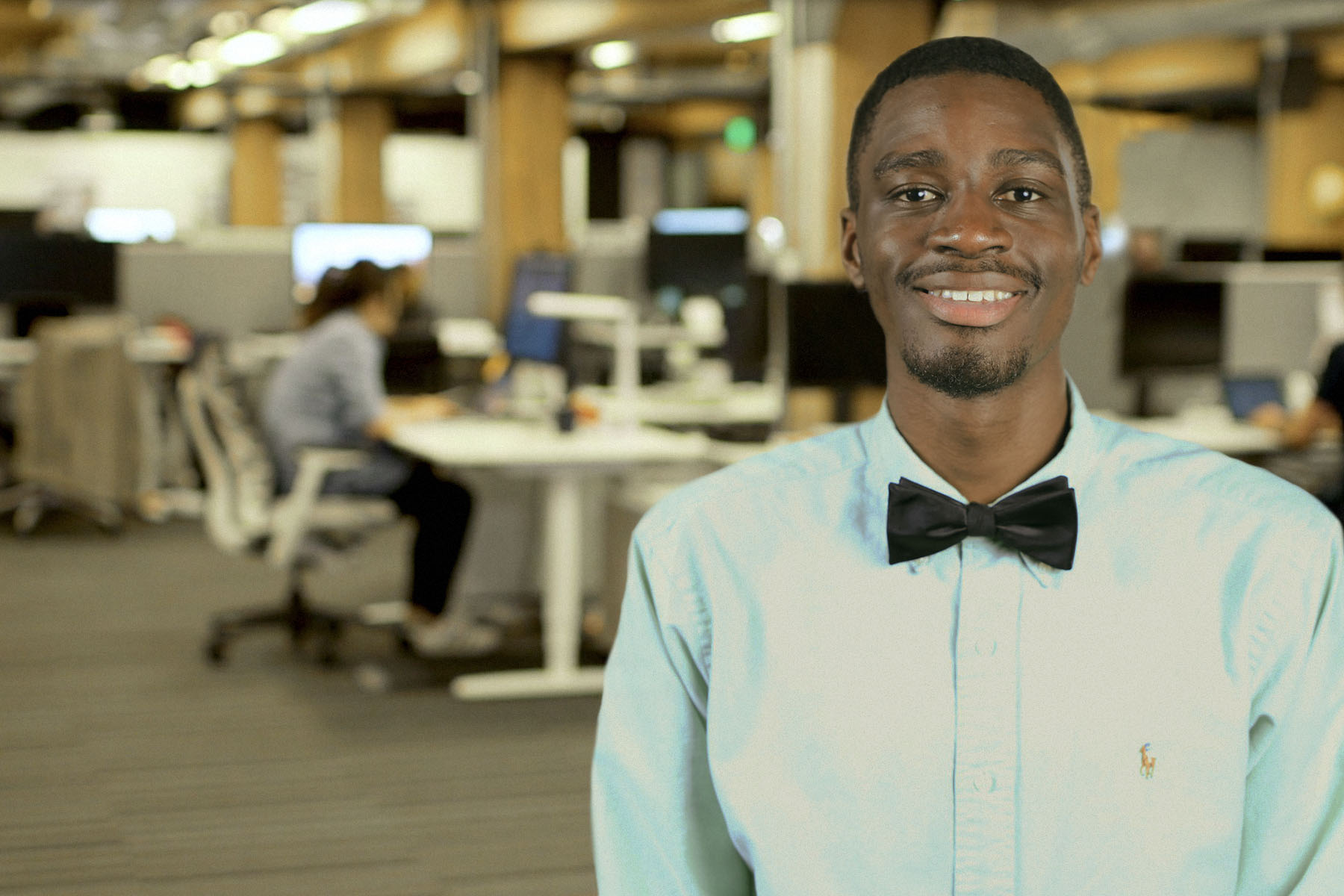 “Who I am today is because of SV Academy.”

Baba Gana was no stranger to hard work when he discovered SV Academy. A graduate of Georgia Southern University, he was in the midst of completing a Masters of International Business at Hult Business School when he began looking for ways to apply the classroom knowledge he’d accrued into real-life skills.

A chronically driven and ambitious individual, he was researching internship opportunities that he could engage with while completing his masters, when he found the perfect program: SV Academy. Aside from testimonials, data on employment prospects, and the simple value proposition of SV Academy, part of what drew Baba to the program was its lack of tuition.

The fact that SV Academy would provide him with 12-weeks of one-on-one coaching and training, mentorship with sales professionals in the field, an internship at a tech company, and extensive interview and resume preparation, without asking him to give anything upfront in return was an offer he could not pass up.

“SV Academy got me to where I am today without asking for any money - no school fee, no payment for the tools we used like Nova, ConnectandSell, and Slack - everything was free."

Baba (second from left) with some of his family - he has made them so proud!

Baba had always had a love of sales but he needed a jumping off point to get him acquainted with prospecting, using Salesforce, and other fundamental sales skills. Being able to learn through professional interactions versus abstractly in a classroom helped him enter the field fully equipped for success.

“I like building rapport and interacting with people. This, paired with SV Academy’s training, prepared me for the role of a SDR and made me feel like it was something I could flourish in."

Clearly, he was right.

Today, Baba is a Customer Success Manager at Instapage, after being promoted from the role of Enterprise Sales SDR in a mere five months. He credits SV Academy with much of his success in the SDR role and his subsequent promotion.

“Something I will take with me from SV Academy is always having the mentality of ‘You can do it’."

‍
Baba’s rapid ascension at Instapage is the first chapter of his career - but it is not the last. He hopes to use the skills he learned in school, at SV Academy, and in his post-graduate roles throughout his life. We are confident that this is not the last we’ll hear from Baba. In his own words,

We don't doubt that you will be, Baba!