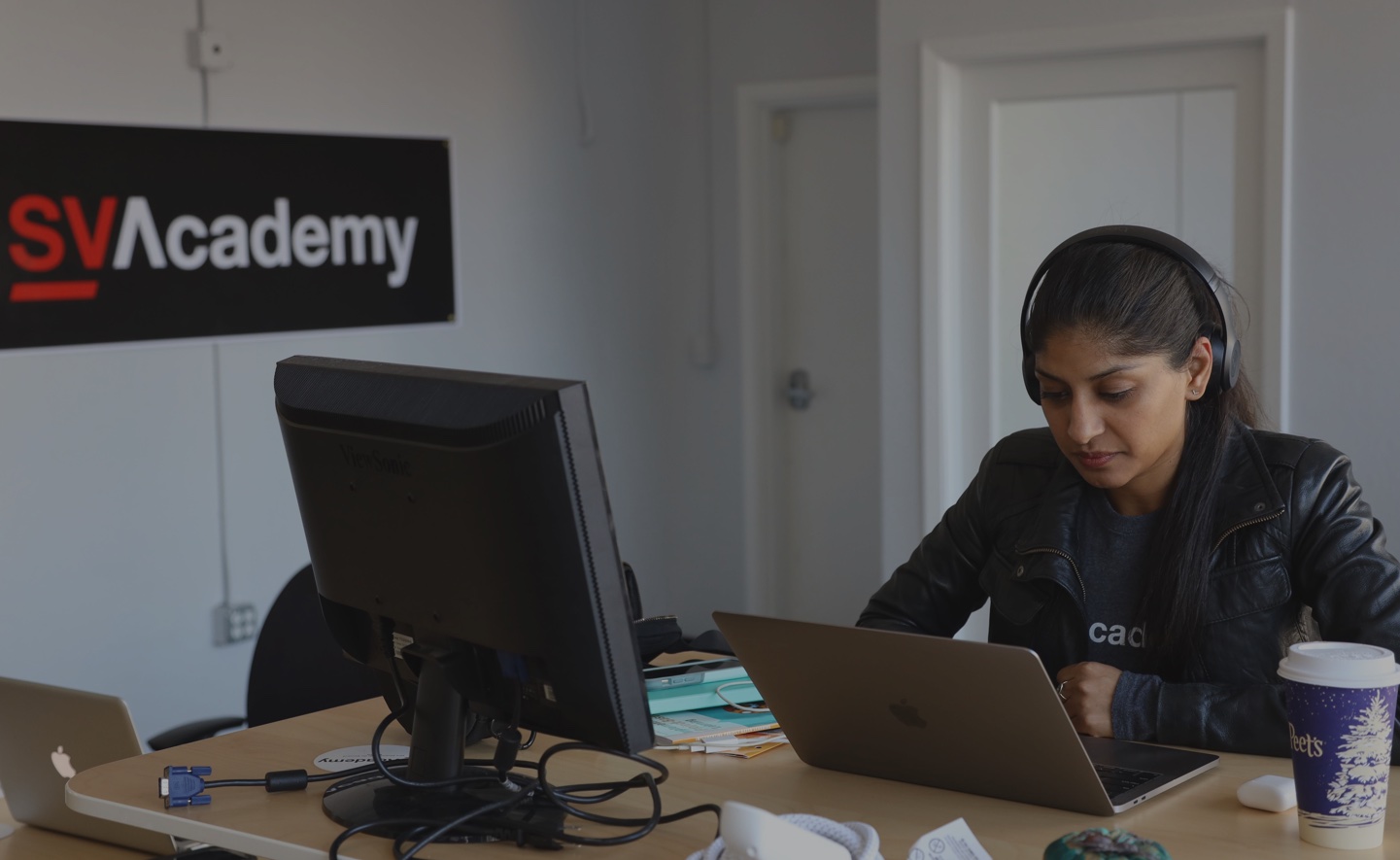 Handshake reports that it found quality SDRs through SV Academy more than 50% faster, and of the candidates hired, SV Academy SDRs started hitting quotas 25% faster than their peers.

For the team at Handshake, a fast-growing community career platform for college students and recent grads, finding sales and development talent was proving a difficult task. Like many businesses, their candidate pool was lacking SDRs who were truly motivated, polished, and engaged.

That’s where SV Academy stepped in…

“Working with SV Academy makes filling the top of the funnel dramatically easier. We consistently get a pipeline of high-quality, motivated candidates for our SDR roles, and we have been able to retain them and promote them internally as a result of their performance.” — Michael Harbaugh, University Partnerships Manager, Handshake.

With the help of SV Academy, Handshake was able to make eight key hires quickly to help fill their SDR class, despite limited time and bandwidth.

In comparison to candidates sourced from other channels and platforms, Handshake reports that it found quality SDRs through SV Academy more than 50% faster, and of the candidates hired, SV Academy SDRs started hitting quotas 25% faster than their peers.

“SV Academy candidates are incredibly hungry. They come ready to prove themselves as hard workers who will proactively find ways to contribute. That GRIT is exactly what you need as a foundational trait in a great SDR.” — Michael Harbaugh.

Handshake has also quickly noted the value of the ongoing career coaching and support.

The True Value of Ongoing Support

Handshake has also quickly noted one of the most unique benefits of hiring an SV Academy fellow — the year of ongoing career coaching and support they receive. As noted by the Handshake team, this program provides value at multiple levels.

“Our SV Academy SDRs keep their professional development top of mind — that opportunity for them to continue to be reflective and focus on areas for growth is an incredibly valuable trait to instill.” — Michael Harbaugh.