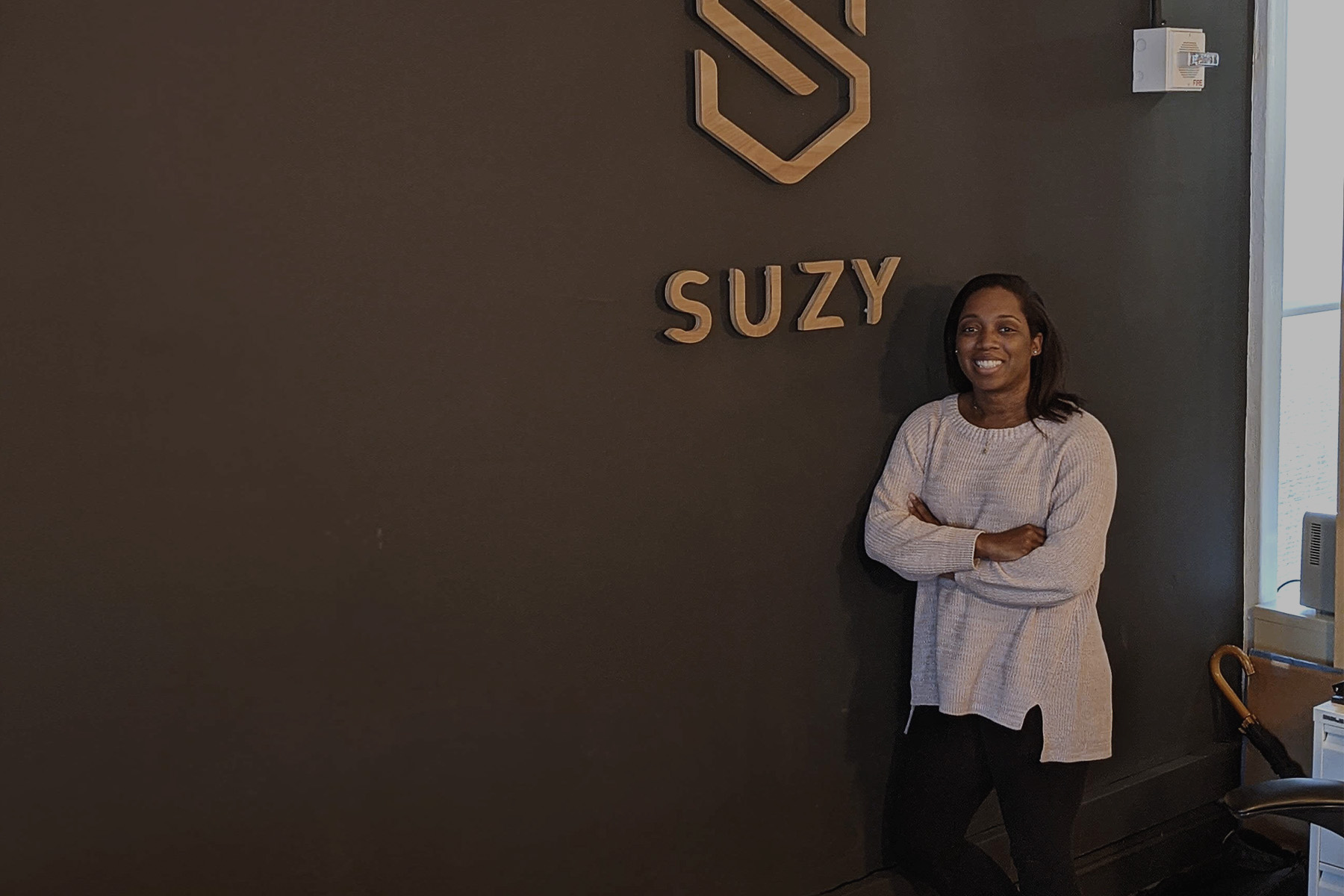 "There's a lot pressure when working on matters of national security. I asked myself, ‘Do I want 15 more years of this stress in my life? No.' But I was looking to still hop into a fast-paced environment. The tech industry provided that.”

As a Cryptologic Linguist in the US Army, Shae Felicien was using her skills as an Arabic translator to serve her country. While she took tremendous pride in her role, she realized that a lifelong military career was not the path for her — so she set out to find a new challenge:
‍

With no prior sales or tech experience, and a commitment to finishing out her military service, Shae set out to find a training program that allowed her the flexibility to continue working while building new skills that would prepare her for her next chapter — that’s when she found support in a tech sales fellowship with SV Academy.

“I liked how SV Academy was really confident in their ability to help me find a job after. That was something that stuck out to me and made it seem like a no-brainer.”

Within a month of completing SV Academy’s 12-week fellowship, Shae interviewed with two of SV Academy’s employer partners, and received offers from both!

Like so many service members before her, Shae prided herself on preparation and execution — two core skills that are also central to the structure of the SV Academy fellowship curriculum. After landing a role following her fellowship, she was able to put that preparation to work almost immediately in her role at Suzy.

“SV Academy has definitely made every single task here more manageable. We [SV Academy fellows] already have experience in what the demands of the job are, so going into the role of a SDR, I understood what the expectations were right off the bat.”

And because SV Academy works so closely with its network of business partners, Shae was able to tackle her new role with familiar faces at her side:

“We do have another SV Academy fellow here, and he has just been crushing it on the quota - far exceeding it. So it is really exciting that we have seen so much success here and that we will continue to build on that.”

A Smooth Transition, A New Future in Hand

As any service member can attest, the transition to civilian life can be a confusing one, and often one that leads too many hardworking and talented individuals astray. For Shae, it was important to find work that inspired her passion, brought her the mental fulfillment she needed, and provided a path for growth and success over time.

According to Shae, her time with SV Academy was instrumental in helping make that transition a smooth and successful one.

Shae enjoying her role at her new office

“I think getting out can be scary for a lot of us. We are used to being told exactly what to do, when to do it where to be and at what time, so being able to get out find work right away, not having to worry about racing to find a job and a stable income to support myself… I can’t be more grateful for that.”

And for Shae, it hasn’t been just the experience and placement support that has been vital for success, it’s also been the network and support she received along the way:

“A large part of it is the constant reinforcement of your own abilities, help with the areas that you can still improve, and just having someone to practice with and give you insights. I was also surprised at the friends and connections I made. I still keep in contact with my Cohort and it’s exciting to see where we all wound up. To be able to encourage each other throughout our interview process and give each other tips and sharing little bits of advice ... it’s been awesome for sure.”

For Shae, entering the world of tech started as a means to relieve stress, then blossomed into an opportunity to build a dynamic career with true growth potential. When asked her advice for fellow military members considering a career in tech, she has some simple but powerful words to share:

“I would definitely recommend SV Academy. Don’t be afraid to take that leap. Yes, it’s going to be a new environment; yes it’s going to challenge you in ways that you may not have thought of before; but at the end of the day, the work-life balance and the opportunities for reward are well, well worth it.”